the CONCERT FROM SCRATCH

The ‘from scratch’ or sing-in is a CHORAL CONCERT where all are invited to sing: individual choristers and whole choirs. The organising institution chooses the score, reserves the venue and recruits the conductor, orchestra and professional soloists. The singers buy their seats, learn the score beforehand and rehearse wherever they can. On D-day they convene at the meeting place and sing together.

The concert may be in a small or large venue – a village church or the Royal Albert Hall in London and unites a handful of singers or 5 000 people.

2 000
participants for a
unique
concert

A choral concert
at the théâtre du Châtelet
Paris 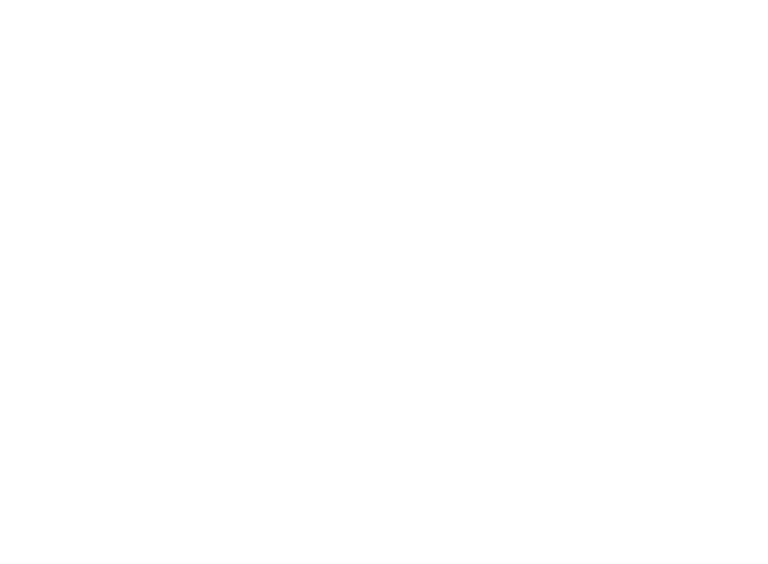 FOR THE BENEFIT OF MEDICAL RESEARCH ON MENTAL DISORDERS 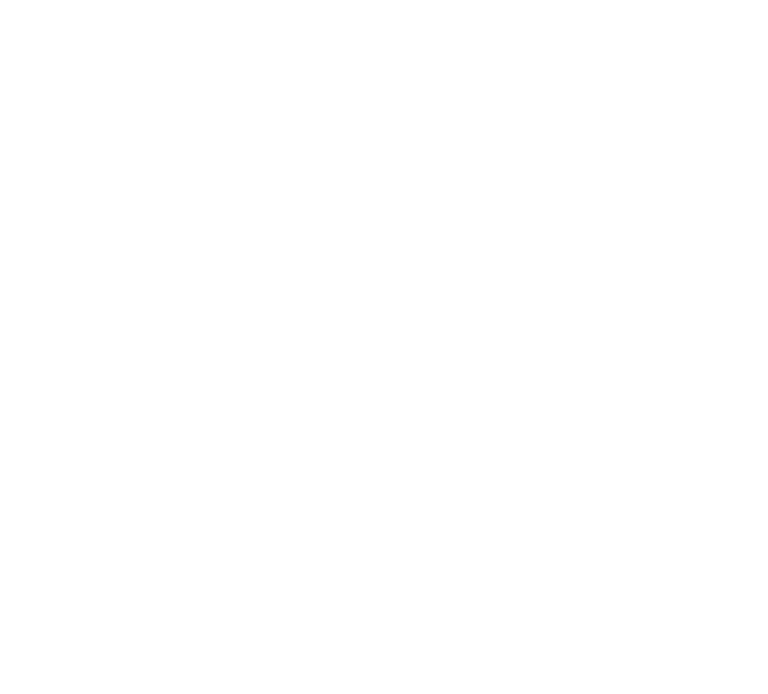 ONE REHEARSAL IN THE MADELEINE CHURCH 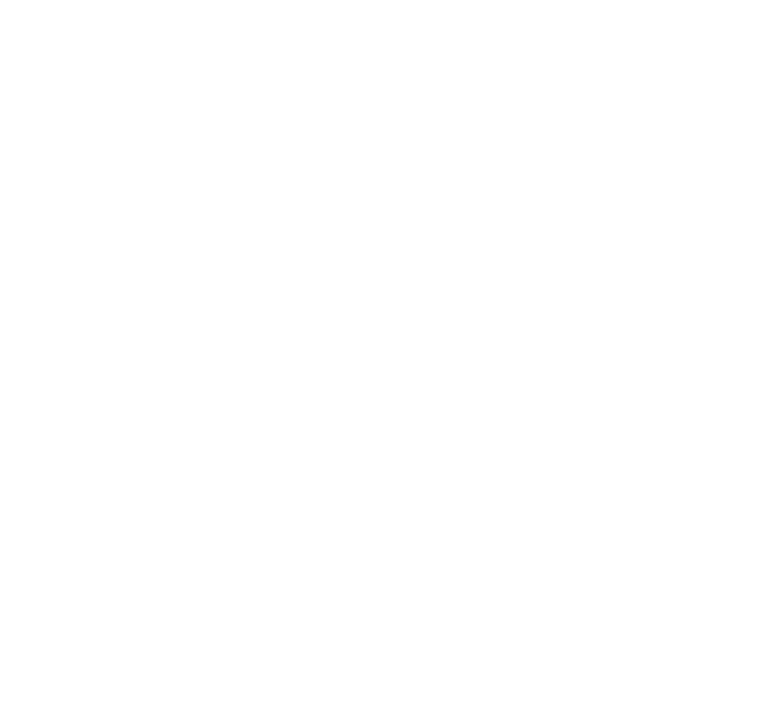 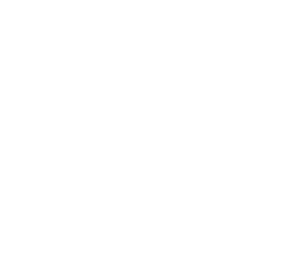 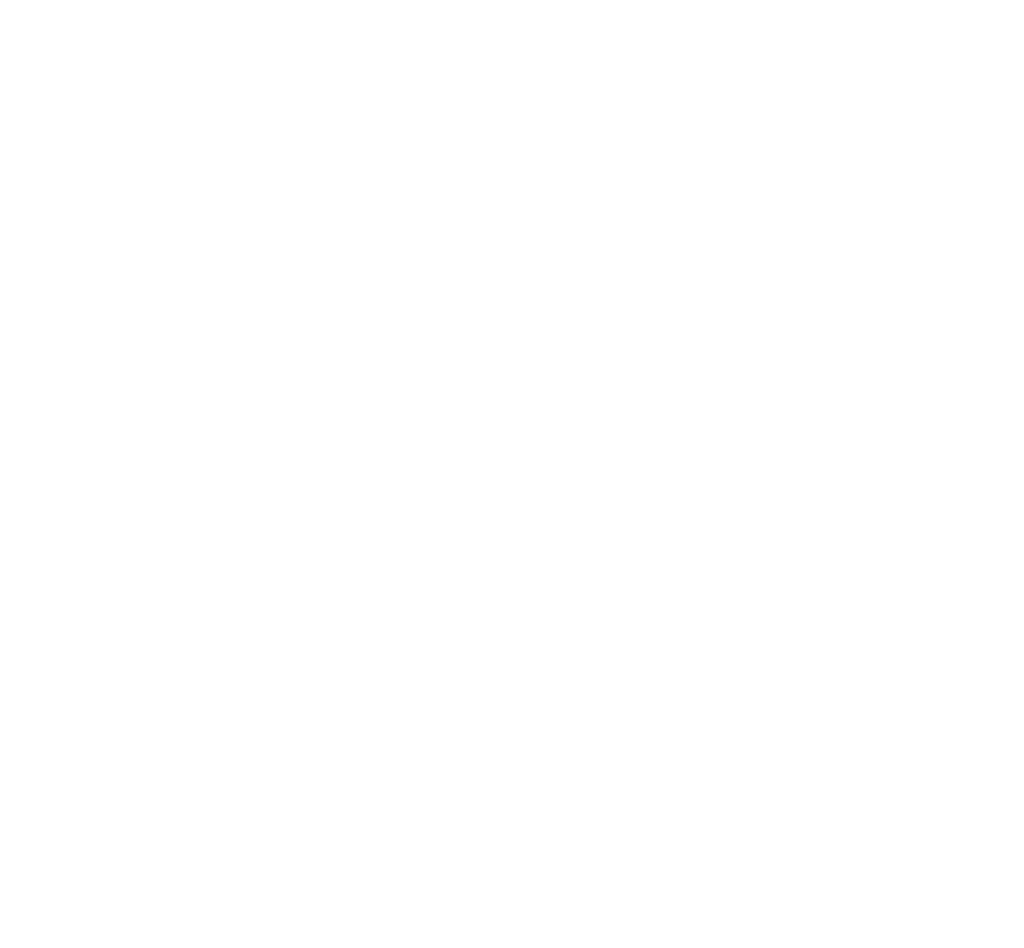 Why do Research on Mental Disorders?

Singing with other people creates bonds. Contributing to Medical Research on Mental Disorders means supporting those for whom communication is fundamental but made difficult by a mental disorder. A real challenge nowadays when I person out of 4 will suffer during their lifetime from a mental disorder: schizophrenia, bi-polarity, deep depression, autism.

Venite Cantemus promotes exchange and sharing for the benefit of a cause, bonding with people whose handicap or a disorder affects their ability to communicate, therefore preventing interaction with others in their social or family environment.

The Covid 19 pandemic has shown the importance of social bonds and communication between people. This situation has reaffirmed Venite Cantemus commitment to these values has been reinforced by this situation.

Mental disorders: autism; schizophrenia; bi-polarity; depression affect 1 in 4 person in their lifetime. These disorders tend to appear before the age of 25 making it difficult and painful for those affected to interact and bond with others in their close and wider social circles.

It is also public health matter.

The price of my ticket contributes to the donation to the Fédération pour la Recherche sur le Cerveau, the beneficiary of the 2021 concert – for research on schizophrenia.

I will get a refund, should the concert be cancelled.

I learn my score

I rehearse with people in my area

I organise my week-end

I reserve meals, tours, accommodation thanks to Venite Cantemus’s offers or I make my own arrangements. I plan my transport. 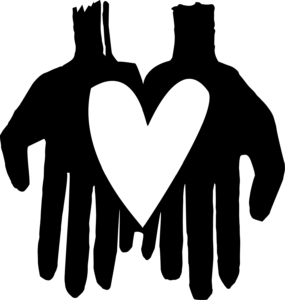 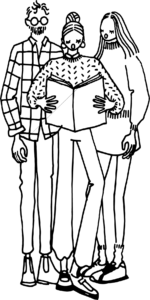 I come to Paris

I rehearse with everyone else

Saturday 13 November 2021, in the Madeleine church.

I meet other people

If I wish I can visit Paris with Venite Cantemus, share meals with other singers. I can be accommodated in a Parisian home.

Time for the concert. I sing! 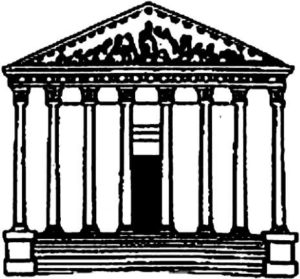 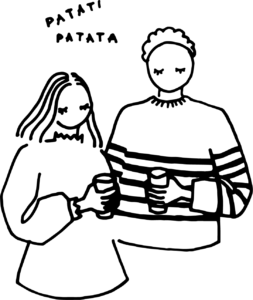 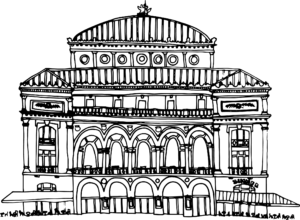 rehearsal in the Madeleine church

concert in the Théâtre du Châtelet

Gildas loves a challenge and has bounds of energy.
He will conduct the Venite Cantemus orchestra and choir for the third time to everyone’s delight.

Born in Orléans in 1974, Gildas Harnois trains as a flautist and organist at the Conservatories of Orléans and Boulogne-Billancourt.

Winner of the Concours National for Young Organists at Saint-Germain-des-Fossés in 2000, he is the titular organist at the Sainte-Croix Cathedral in Orléans since 1997 and performs in concerts with various formations (Festivals at Roquevaire, Agde, Orléans, Tours, Blois, Paris (Saint-Joseph-des-Nations’ church and the Val-de-Grâce church)).

He obtains his diploma from the Centre National Supérieur de Musique in Paris in analysis and orchestral direction and he studies at the Hochschule in Vienna in 2003 where he wins the competition for Young Conductors organised by the Chamber of Zurich that same year. Appointed Head Assistant to Jésus Lopez-Cobos and then to Jean-Claude Casadesus with the French Youth Orchestra in 2004 and 2005, he also works beside Alain Altinoglu, Lawrence Foster and Ton Koopman.

On 1st July 2014 he is appointed Head of the Police Orchestra and is today Director of this excellent formation in the most prominent Parisian concert halls, in France and abroad (Japan) and has made two recordings, the second in 2019, the Maîtres Sorciers, which is devoted to young French composers.

Amongst his projects as conductor in 2021-2022, a creation by Julien Joubert with soloists, adult and youth choirs for the Jeanne d’Arc Festival in Orléans, a new and original production of Gluck’s Orphée and Eurydice with the Musique de Joye Ensemble as well as an exceptional rendez-vous with 800 Venite Cantemus singers and orchestra around Handel’s Messiah in the Théâtre du Châtelet in Parisé 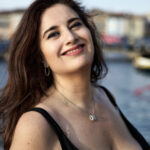 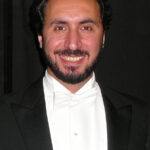 Sophie Pondjiclis studied music at the CNSM in Paris and at the Ecole d’art lyrique of the Paris Opera. She was awarded first prize at the Toti dal Monte International Singing Competition in Treviso, Italy.

A leading figure on the international stage, she happily performs repertoires as diverse as they are varied. Her flamboyant temperament and the warmth of her voice make her an accomplished artist that we never tire of admiring, with more than seventy roles in her repertoire, performed on the greatest international opera stages such as La Scala in Milan, the Paris Opera, Geneva, Hong Kong, Brussels, Berlin, Munich, Beijing, London and the Théâtre des Champs-Elysées, among others…

Very involved in the training of young singers, she is co-founder and artistic director of the “Académie Internationale d’Art Lyrique”.

The Belgian baritone Nabil Suliman studied at the Damascus Conservatory (Syria) and at the Opera Studio in Brussels.

The soprano Tatiana Probst, a graduate of the CNSM in Paris, wins several prizes in various international competitions.

In 2015 she sings the role of Musetta in Puccini’s La Bohème at the Opéra de Reims. Then she plays Micaëla in Carmen at the Rabat Opera, Nuit Magique (a tribute concert to Henri Dutilleux) with Marc Minkowski at the “Ré Majeure” Festival before taking part in the 29th edition of Violon sur le Sable in Royan in July.

She sings the roles of Mimi in La Bohème and Nadia in La Veuve Joyeuse, and participates in La Folie Offenbach, a programme filmed for France 3 at the Folies Bergère.

In 2019, she sings the role of Javotte in Manon at the Théâtre des Champs-Elysées (alongside Nino Machaidze and Juan Diego Florez) as well as Papagena in Die Zauberflöte at the Opéra de Lille, in Romeo Castellucci’s new production and plays her first Pamina.

Currently, one third of the population is affected, in one way or another, by psychiatric or neurological disorders. The Fédération pour la Recherche sur le Cerveau (FRC Neurodon) brings together those who seek to further the understanding of the human brain functions in order to cure neurological and/or psychiatric disorders.

Its main purpose is to support research in neurosciences all over France. In over 20 years the FRC has funded 406 research projects.

Its second purpose is to raise awareness of the general public regarding the importance of the brain, notably via the annual « National Neurodon Campaign » event. The FRC operates with complete transparency and its financial records are independently audited and certified, and can be consulted online.

To find out more about the FRC, click here.

Mental disorders and the FRC

Psychiatric illnesses encompass a number of disorders which appear in various forms. Depression, anxiety, bipolarity, schizophrenia and other psychosis, addictions and developmental disorders, including autism, are part of it. It is critical to promote research on psychiatric disorders in order to improve their diagnosis and develop further treatments.

The FRC is committed to fund transversal research projects on neurological and psychiatric diseases. As part of its 3-year Call for Application relating to « The brain and its environment », the FRC has funded very advanced projects on mental disorders, such as the effects of a stressful environment on depression or environmental risk factors on autistic disorders.

The research project on schizophrenia

The selected research project, led by Malika Auvray, a researcher at the CNRS, aims at improving social difficulties in schizophrenic patients. Schizophrenia, which affects 1% of the global population, is characterized by cognitive disorders and the loss of contact with reality (delirious hallucinations, loss of feelings, social withdrawal,…). Social withdrawal is one of the most detrimental factors increasing or even triggering psychiatric disorders.

This project aims at developing techniques to improve social interactions. It is based on the fact that the difficulty, experienced by individuals with schizophrenia, to understand other people’s thoughts, desires and intentions may be partly driven by an inability to “put themselves in someone else’s shoes” in order to adopt someone else’s physical viewpoint (e.g. the object to my right is to the left of the person in front of me).

Mohamed Chetouani and David Cohen, both renowned specialists in their respective fields of expertise, and Louise Kirsch, post-doctoral researcher, are teaming up on this project. It will be carried out in close collaboration with a team from the Centre National d’Aide aux Enfants et Adolescents à Haut Potentiel (CNAHP, Centre Hospitalier Guillaume Régnier, Rennes).

Find out (even) more 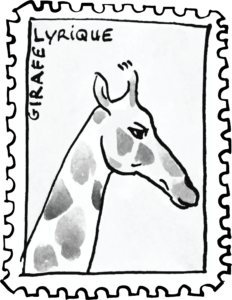 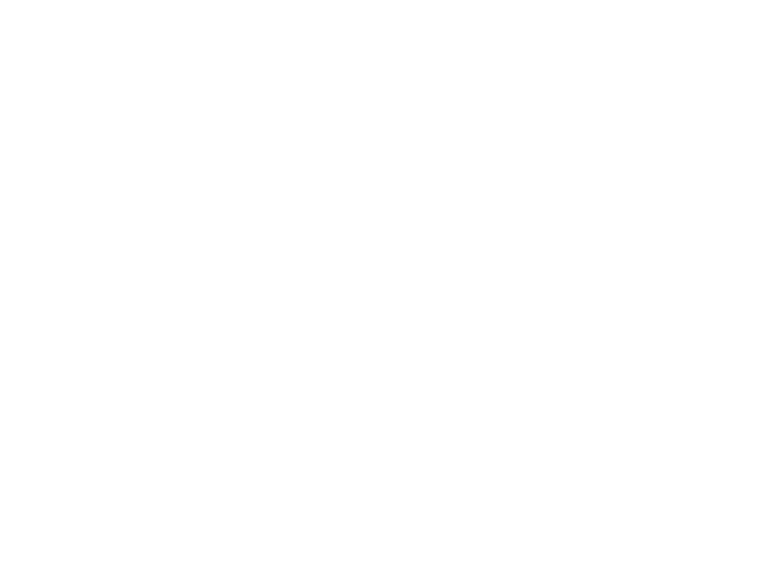 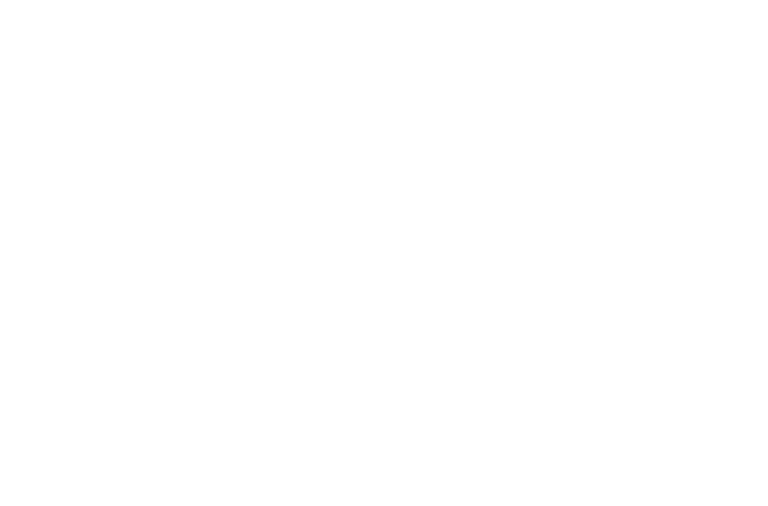